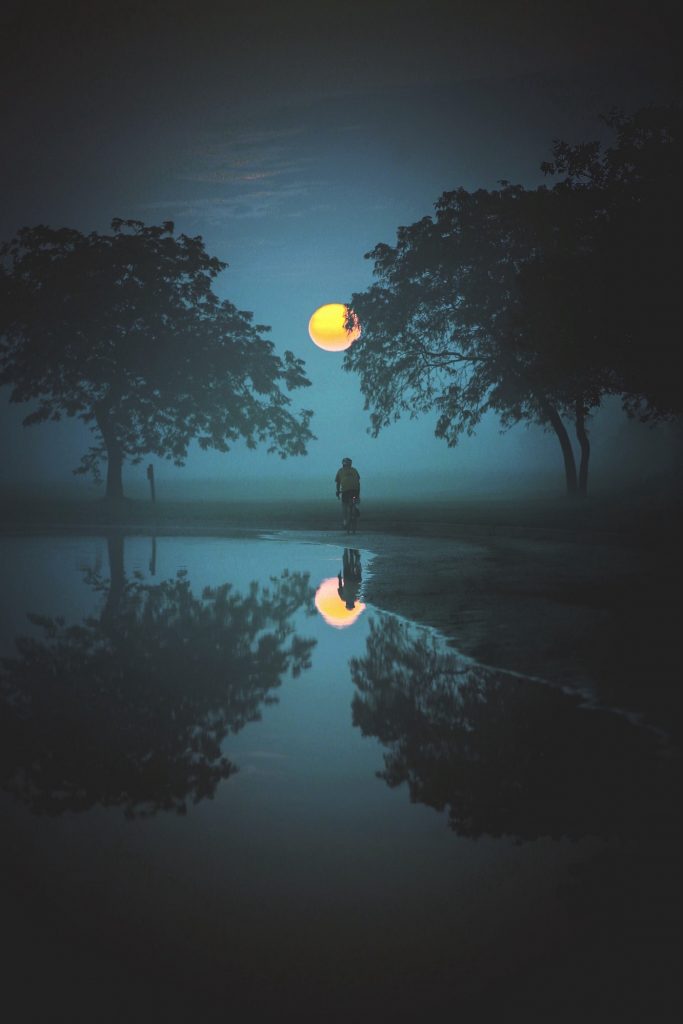 Over the last two decades I have had the opportunity to interact and closely observe many corporate leaders. There is this one group of leaders who have particularly attracted me — the ones who operate from their inner wisdom. They exhibit a human awareness that’s beyond what can be captured by our senses. Their vision and action embraces the possibility of multiple concurrent truths, and the ability to view ideas and experiences from multiple perspectives; traits I consider as being closer to a mystic than a corporate leader.

I have always wondered the ways in which minds of these corporate mystics work, get a peek into their inner world. While that’s not easy, one can observe their behaviors to decode a few lessons. These are my personal takes based on some memorable conversations and moments I’ve had with them.

A few years back I was on a flight with one such corporate leader. After exchanging the normal pleasantries, he enquired about my kids . We both had teenage boys. He said to me, “Don’t squander this opportunity. Kids are mirrors to our self, if observed carefully they can become great source for self-development.” He was of the opinion that our kids reflect our innermost desires and anxieties and mirror what we consider important and that we shape our child’s thoughts and behaviours through a million small nudges, knowingly and unknowingly. Interestingly, he viewed corporate leadership through the same lens.

Organisations mirror the behaviours of its leadership and when observed carefully it can give leaders deep insights into their inner world, opening up opportunities for self-development.

These leaders view roles in corporations as the best path to know your true self, maybe even better than a monastery! They exhibit behaviors that elude the others. To start with they have mastered two aspects which often appear as obstacles for most.

One, they are conscious of theirbehaviour. While this may sound simple this is hard to practice as behaviours are habits performed subconsciously. Secondly, they are able to form the linkages between their actions and organisations way of being. Again a difficult task as often our ego becomes the biggest hindrance in seeing this connection.

Sadly, the corporate environment is designed in a manner that a leader’s self-awareness diminishes with each elevation in the hierarchy. At the top they are surrounded by a small group of people who often confirm their thoughts and actions, leaving little room for introspection. When faced with a situation, the instinctive reaction is to externalize the problem. And when people around you fortify your world view, it closes the path further. This is a vicious cycle, and in a way the leaders themselves shape this behaviour of people around them telling things that they want to hear. An occasional behaviour of not willing to accept harsh truths gets decoded by people as the norm rather than an exception. Kids behave in a similar manner when threatened, by spinning stories to fit your world view or completely shutting you out from their world.

Corporate mystics are acutely aware of this trap and view leadership roles as mystical personal journeys to discover themselves. This awareness gets translated into many actions that separate them from the rest of corporate leaders. Some of the things that they do differently are:

They use this principle to consciously keep their egos in check. It’s a significant stance for a leader to admit that they don’t have all the answers . This frees them up to ask questions, even stupid ones. In turn this behaviour makes the leader approachable, and opens up possibilities for the team to explore problems from multiple dimensions. And as the team authors the solution, it creates alignment and conviction in its implementation.

A solution-oriented approach to meetings versus meetings as a platform to demonstrate knowledge. What this means is — if an idea is shared, your instinctive reaction should not be to find faults or critique but pause and see what’s the merit in it, get all members to think the same way and only post this reflection are teammates allowed to voice concerns. Importantly they can’t just leave it there, they also need to suggest possible solutions to address those concerns. This approach makes meetings productive and positive. What these leaders focus is not so much on formulating solutions but nudging and shaping behaviours to create a solution-oriented culture.

When they notice a behaviour which is positive, unique and impressive they appreciate it immediately. This is not a vague “good job” corporate sloganeering but they take the effort to highlight the specifics which made that behaviour unique. Additionally they motivate the person to tell that story. This act helps the person to appreciate better what he or she has done and distils best practices for the rest. When the environment becomes positive, people start to open up willingly, and sooner. As a result information, both positive and negative, starts flowing to the leadership.

It’s important to appreciate that behaviours are acts that can be measured and observed. For example, if you give feedback saying you need to be responsible, it doesn’t mean anything. It’s an abstraction. Instead, a behavioural feedback will sound like — to answer customers’ calls within 3 minutes or note down customer concerns and find a solution in one working day. Focussing on behaviours makes the feedback tangible.

They are acute observers of their contradictions and inconsistencies in their thoughts and actions. They continuously take advantage of the opportunities to reflect and refine their values and beliefs, sometimes even at the risk of contradicting themselves.

This practice makes them an enlightened being and an inspiring leader. They exist in contradiction to many leaders whose joys come from making big vision and mission statements, with little focus on managing behaviours in line with the vision. In contrast, these leaders live their vision quietly by demonstrating through their behaviours, and shaping the behaviours of people around them.

In my view, the fundamental motivation for this group of leaders is not the urge to become successful or popular but is intrinsically driven to know themselves better. The organization becomes the mirror to see their strengths and flaws, values and beliefs in action.

Their leadership journey reinforces the belief that beauty and satisfaction comes from serving others and being useful.

The more they practice these mantras, the more they move away from being the centre of attraction. They embark on this mystical journey to discover themselves- may be a quest to explore the self and its mysteries . Ironically they consider corporations as the best place for this spiritual quest with all its complexities and contradictions. Corporate mystic may be a misnomer but they do exist — mostly invisible.